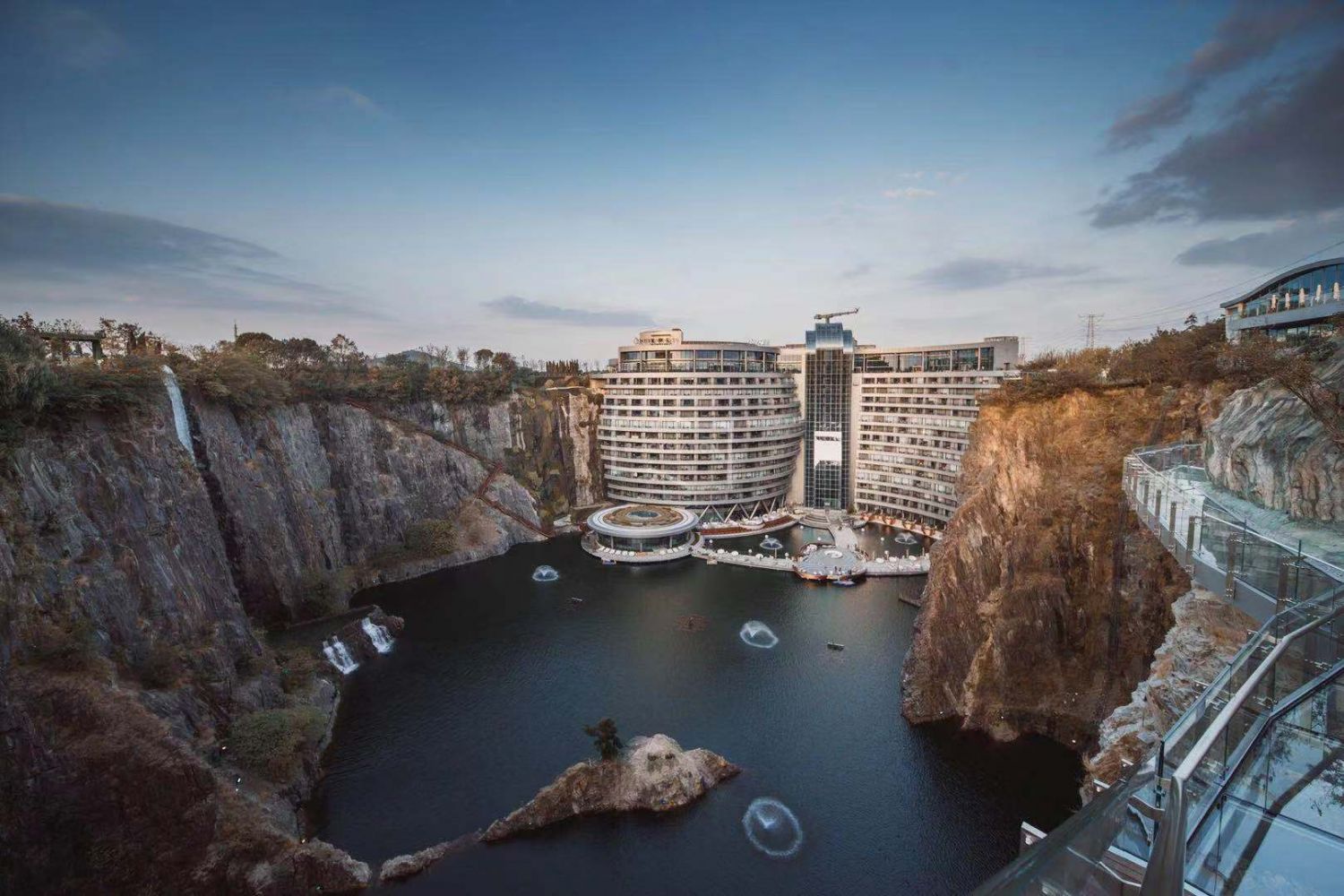 SHIMAO WONDERLAND INTERCONTINENTAL HOTEL
SONGJIANG, Shanghai, CHINA
Is a unique concept for resort hotel built in a disused industrial site - a 90m deep water filled quarry. As such it is a first 'Groundscraper' hotel to be built in China and for that matter first one of its kind in the world. The hotel, operated by Intercontinental Hotels Group as their flagship hotel in China, will have 237 rooms with 15 'underground' levels, with one guestroom floor located under water. The 2 levels above the ground will accommodate the public facilities, restaurants and a Banqueting hall
In February 2013 Quarry Associates and its Chinese registered Studio J.A.D.E. Ltd, established by the concept designer and original project Design Director for the Shimao Wonderland Intercontinental Hotel, Martin Jochman Dip Arch RIBA, signed contract with the developer Shimao to continue working on this project and to develop the design, coordinate the landscape and interiors and overview the construction on site. As the original concept designer in 2006, while working with ATKINS and then continuing his design work with his own studio JADE+QA, Martin  has therefore been able to carry out this important and unique project from concept to completion for more than 12 years.
The project has won number of international awards having been nominated for a prize at the World Architecture Festival in 2009 and winning gold for Chinese Future Architecture at the MIPIM Asia conference in 2011 amongst others. Construction of the hotel has been ongoing since 2013 and shall be completed later in 2018. You can see the construction progress on this website on our twitter site @songjiangquarry National Geographic Discovery TV Channel is completing an instalment about the Hotel and its design and construction for their 'Megastructures' series and episodes of 'Impossible Engineering' and 'Impossible Builds' will be released on TV later this year.
The hotel and its surrounding landscape are now complete and on 15th November 2018 opened officially to the public with a Grand Opening Event.
For more information see our updates page.
For further enquiries contact
admin@jade-studio.com
London       Hong Kong     Shanghai